You may have been wondering where Torro Forms went after it had become so quiet since its 1.0.0-beta.8 release. Now we’re proud to finally have an exciting announcement for you!

We have been working hard over the past year to completely rewrite the foundation of our form builder plugin. While this doesn’t commonly happen in the beta phase of a plugin, we just felt like we could serve you a better plugin than it was prior – it wasn’t quite there yet. So while the upcoming version will simply carry on with the previous version numbers (it will be 1.0.0-beta.9), it doesn’t have a lot in common with those earlier releases. With the new release, we’ll continue the beta testing cycle. Only bug fixes will go into the plugin until the full 1.0.0 version is released. 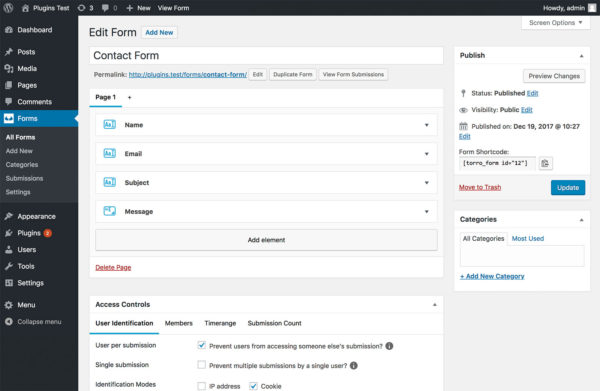 Here’s a sneak peek of what the new form builder experience looks like.

That is a tough question to answer, because pretty much everything has. Here are some of the highlights:

For a more thorough list of changes, please refer to the new version’s changelog in the readme. Here you find three screenshots with some visual highlights: 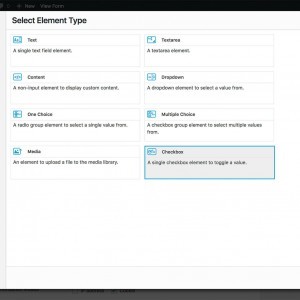 Selecting an element type now happens through a clear, accessible and future-proof modal. 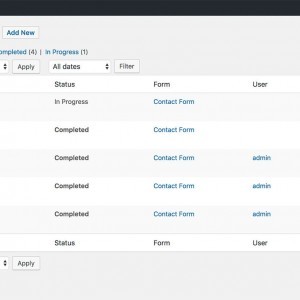 Submissions can now be managed in their own screen. You can even add or edit them. 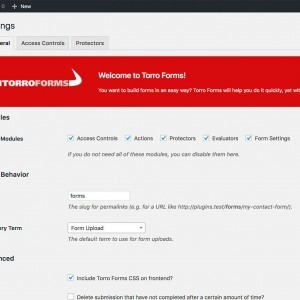 The available modules have been restructured and a few new settings are present.

What does this mean for me?

As a user, you can continue to use the form builder just like before. While some data structures and also the database schema have changed, the plugin includes migration routines for all core content. Those will automatically be executed as necessary. The only thing you need to be aware of is that the plugin’s requirements have changed: Your WordPress site needs to run on PHP version 5.6 and WordPress version 4.8 at least. If you’re not sure which PHP version your site is running, please ask your hosting provider for help. It’s likely that you are already on one of these supported PHP versions though as any older versions have been out of date for quite a while.

As a developer, be aware that extensions for prior Torro Forms versions will most likely no longer work with the new release due to the complete rewrite. If you have written a custom extension, we recommend you to stay on the old plugin version initially and adjust the extension code to account for the new structure. To make developing for Torro Forms as easy as possible, we have made available a separate developer-targeted site that includes tutorials as well as the full code reference. Furthermore, our extension boilerplate provides a solid base for scaffolding your extension. If you’re interested, you can also try out the new version now by using the master branch in its GitHub repository.

We’re sorry about the inconvenience that you are required to modify any existing extensions, but it’s all for the best of Torro Forms in the future. We felt like the form builder rewrite was necessary at this point, to have a solid structure for the future. Still in the beta phase, it was much better for it to happen now than any time after the full version release. From 1.0.0 and beyond, we will value backward-compatibility as much as WordPress core does.

When is it gonna be released?

The completely revamped Torro Forms version 1.0.0-beta.9 will be released on April 16th. We plan to have one more beta release following that, about two weeks later, then going into RC phase. The full 1.0.0 version, as mentioned before, is targeted for May 21st. Please test the new beta thoroughly and let us know about any issues you run into!

By continuing to use the site, you agree to the use of cookies. more information