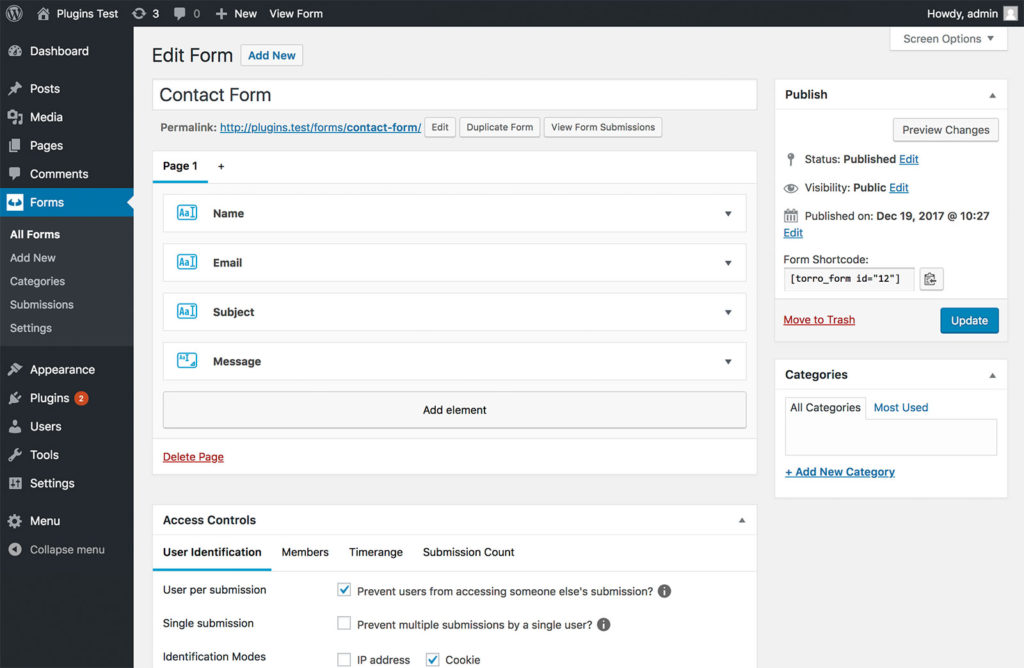 Here’s a sneak peek of what the new form builder experience looks like.

After years of work, we did it! We are proud to present you the first version stable version of Torro Forms. This is the first version we recommend to use in productive environments. The version comes with a lot of improvements and functionalities and also an easy-to-use interface.

Download the latest version under wordpress.org or help us to improve the form builder on github.com.

After several conversations with users of Torro Forms and some talks where we presented the form builder in the last year, we decided to make a lot of improvements, refactored and extended the form builder to its current version. We would like to give you the most complete form builder and the best WordPress experience you could get. We made the form builder for end users and tried to keep the UI simple, but we also tried to give the developers as much pleasure for developing for Torro Forms as we could.

For programmers we have have launched the developers ressource on developer.torro-forms.com. There you can find some tutorials for the base concepts of Torro Forms and also a function reference, based on the PHPDoc annotations of the codebase. We like to help you as much as we can with extending and customizing Torro Forms. If you have questions, just ask us via github. We also have hosted the whole code including further instructions on Github.

And now, enjoy Torro Forms! We would love to hear your feedback! 🙂

By continuing to use the site, you agree to the use of cookies. more information